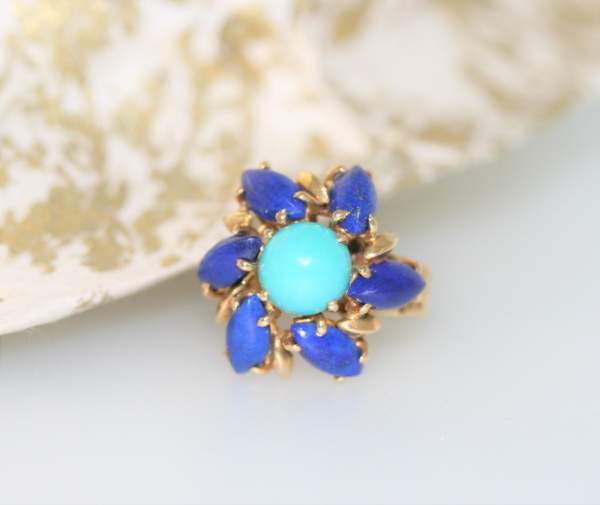 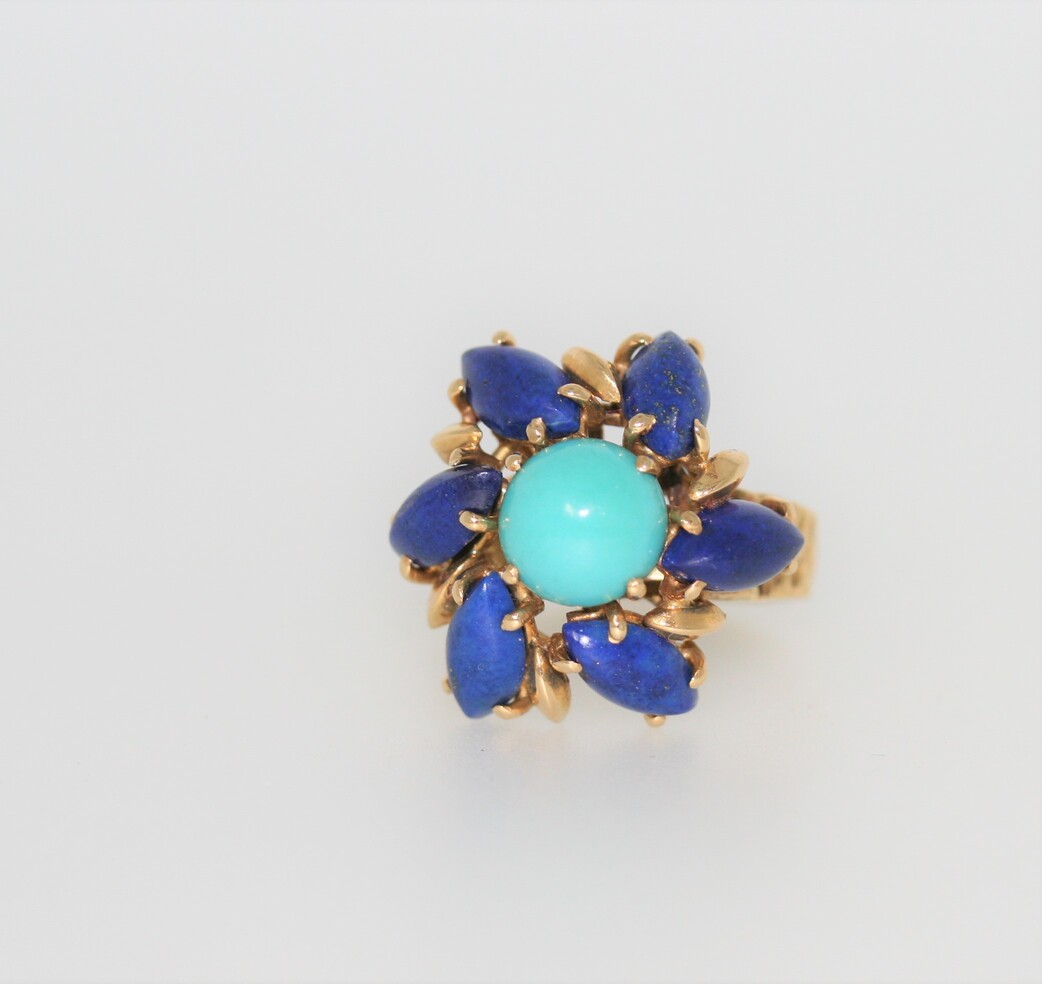 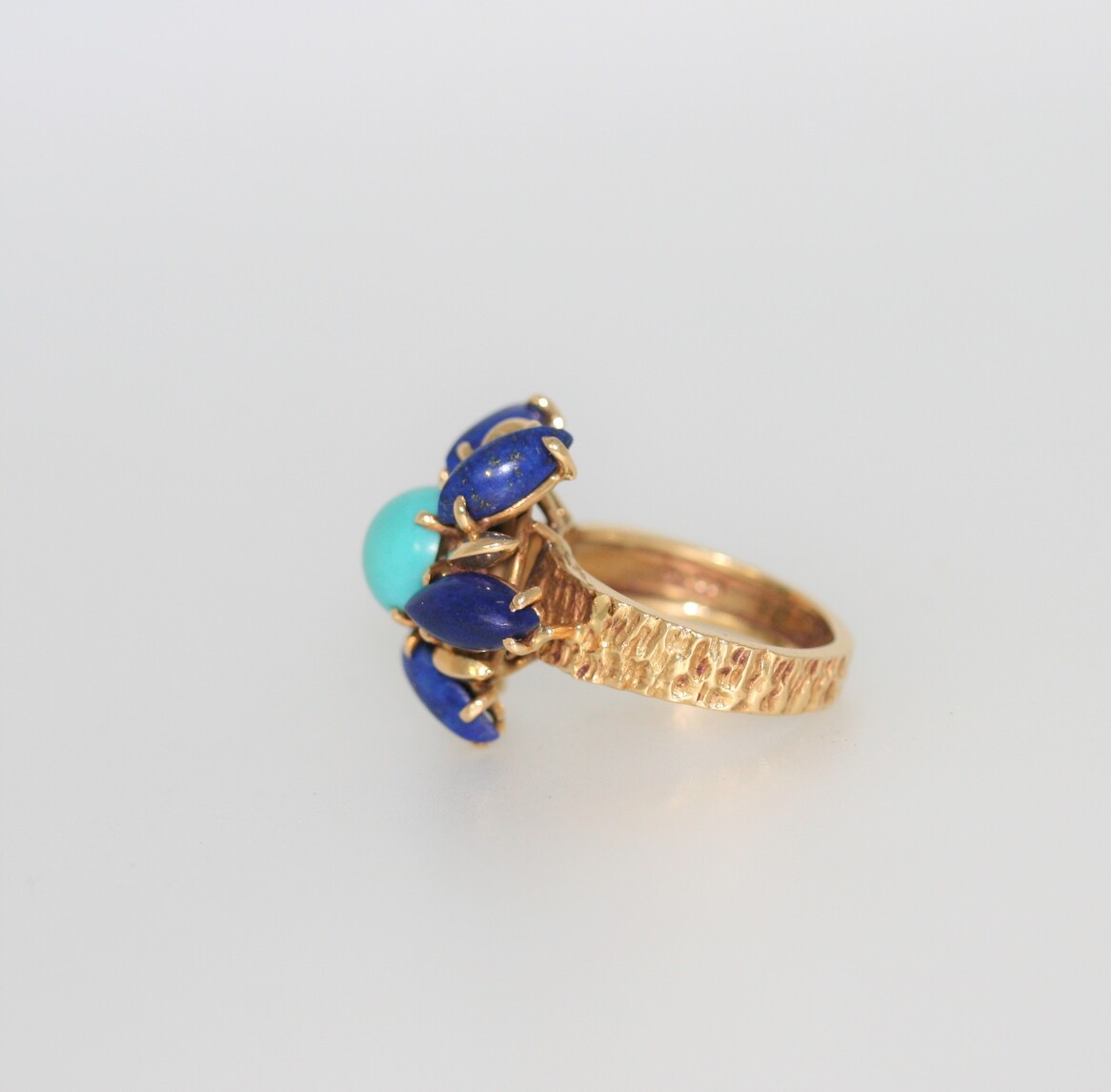 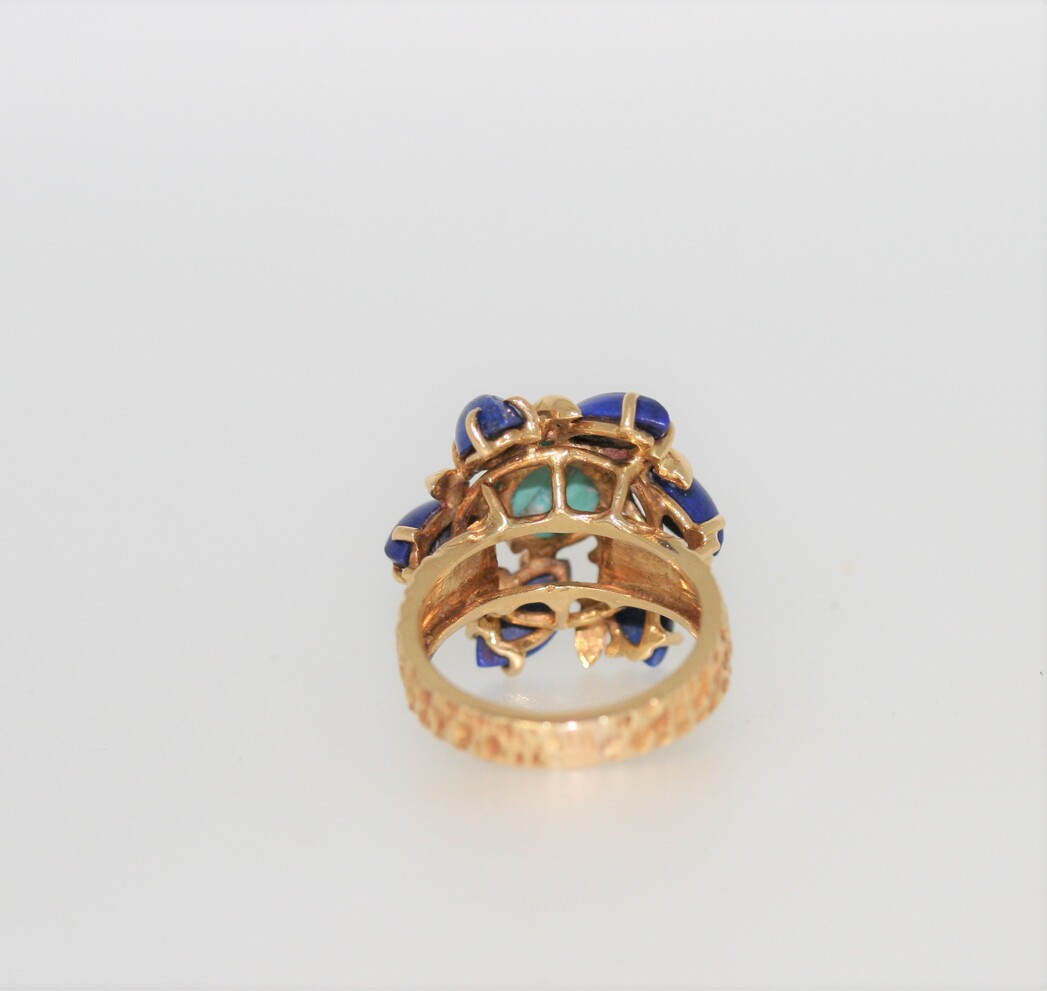 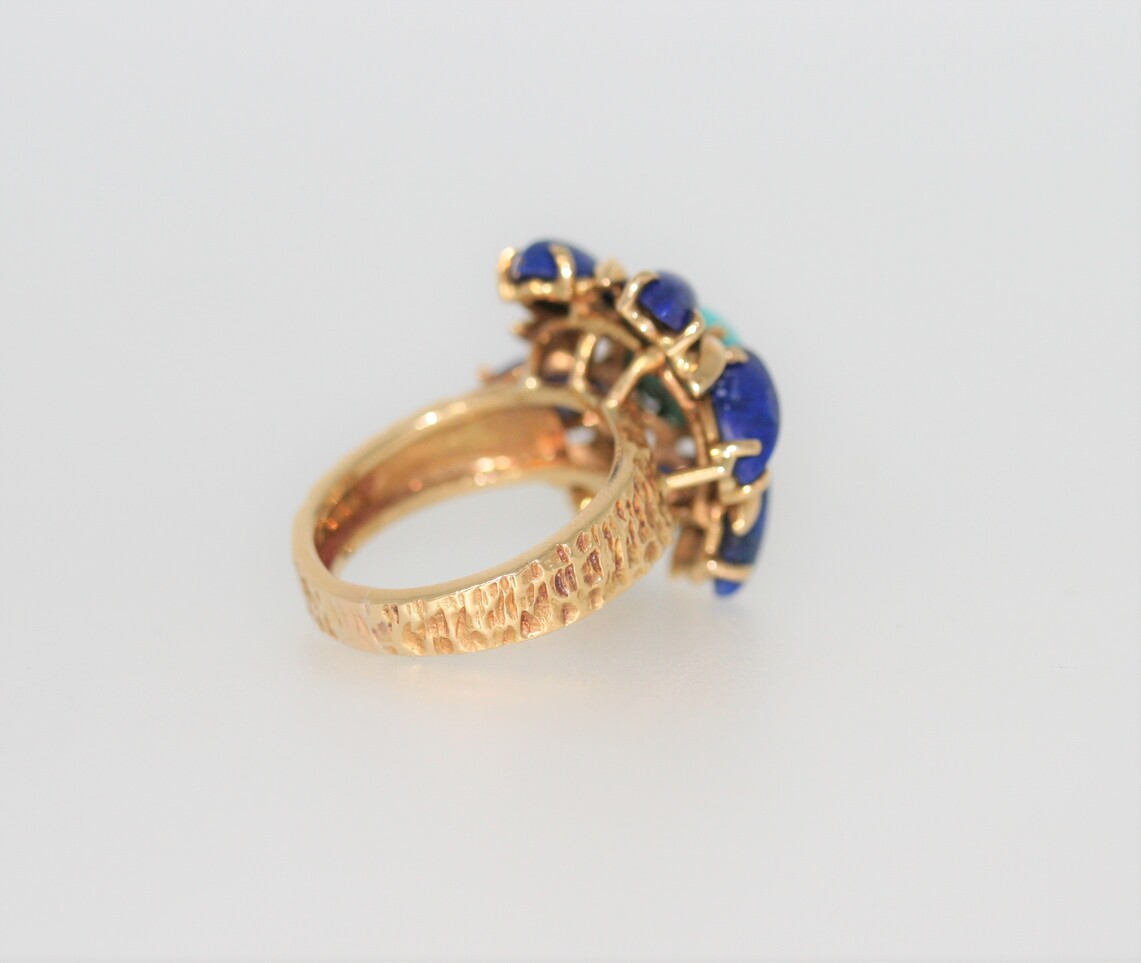 A lapis lazuli and turquoise cocktail ring by Alan Martin Gard, circa 1970’s

This incredible cocktail ring is made by iconic 1970’s jewellery designer Alan Martin Gard.
The ring is claw set with a large round cabochon turquoise surrounded by marquise-cut lapis lazuli.
The 18ct yellow gold shank has a bark texture and is hallmarked for London, 1972 with the important makers mark stamp.

Alan Martin Gard (b. 1935) is most known for his unusual designs focusing on coloured gemstones and different types of texturing which became incredibly fashionable during the 1960’s and 1970’s. He was an apprentice at Crombies of Bond Street and later went on to work alongside other iconic jewellers of the period such as Andrew Grima. His work was lauded by leading politicians and celebrities of the day including the likes of Elizabeth Taylor.