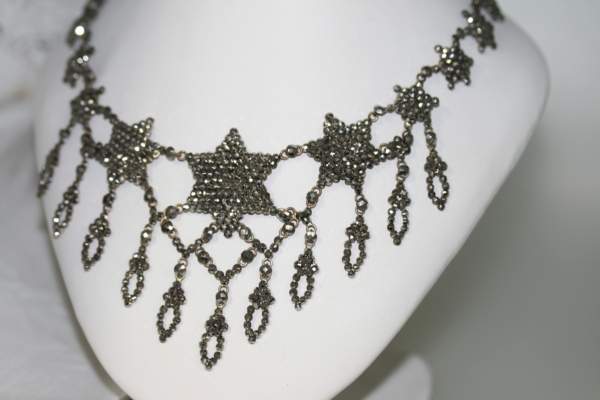 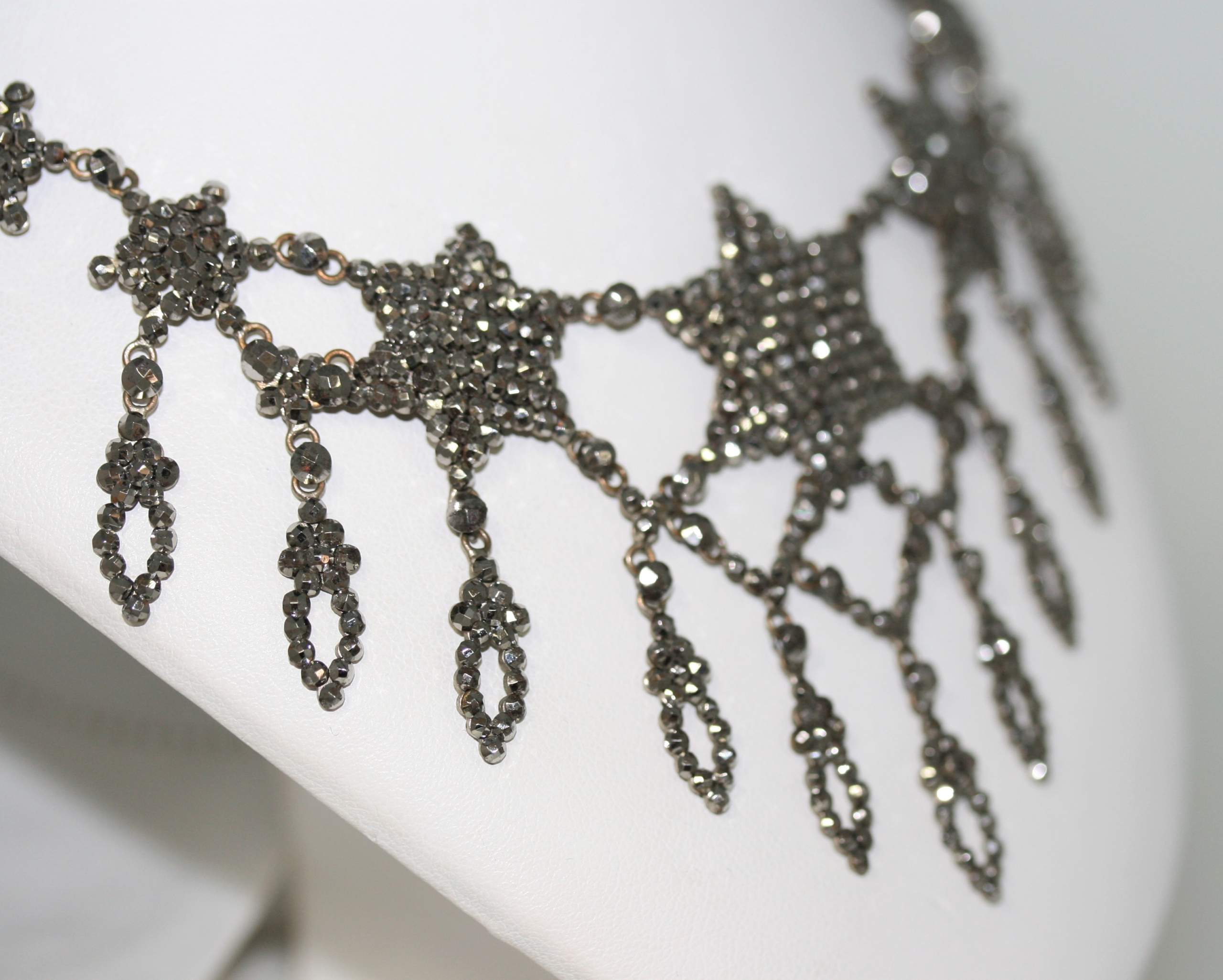 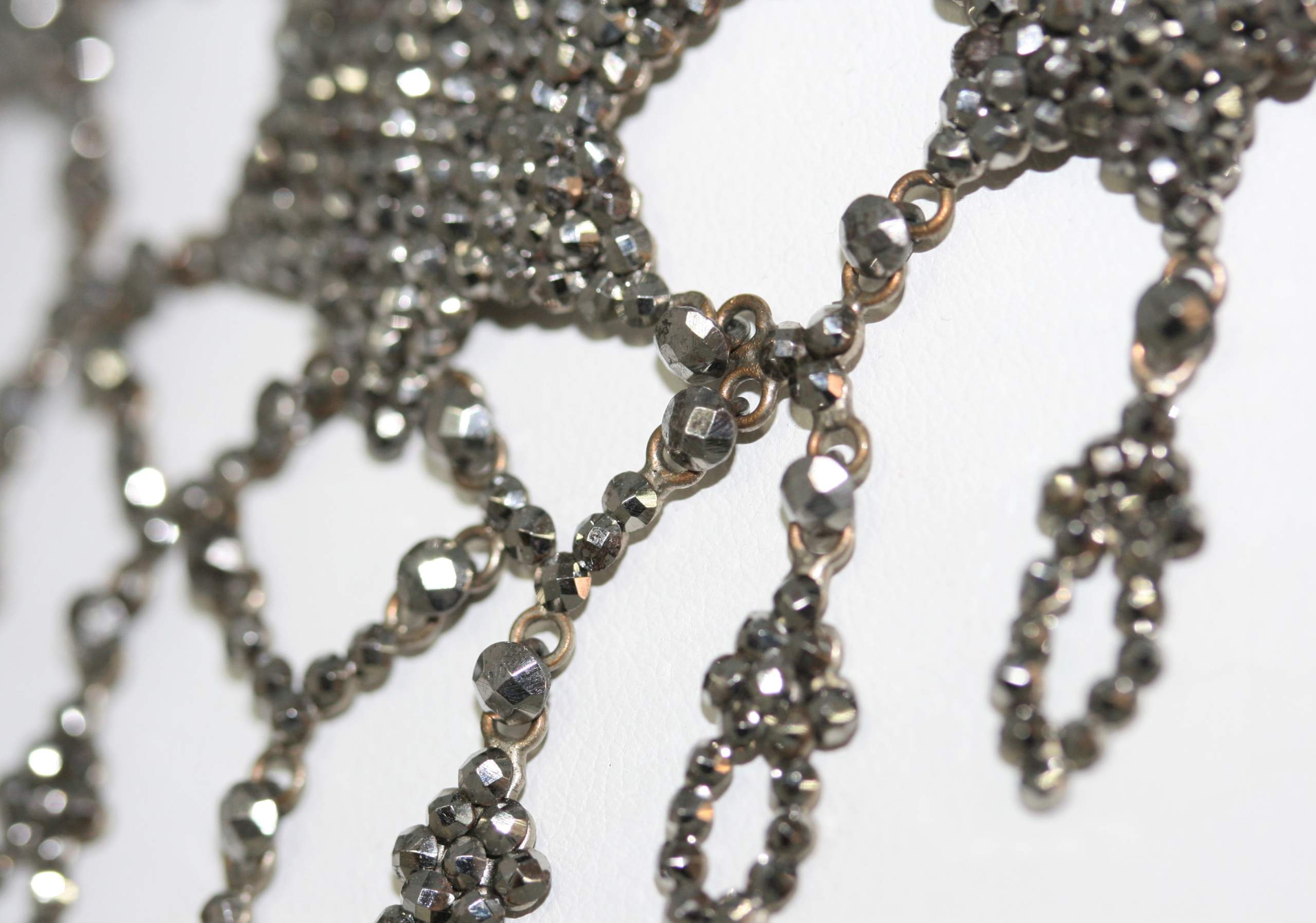 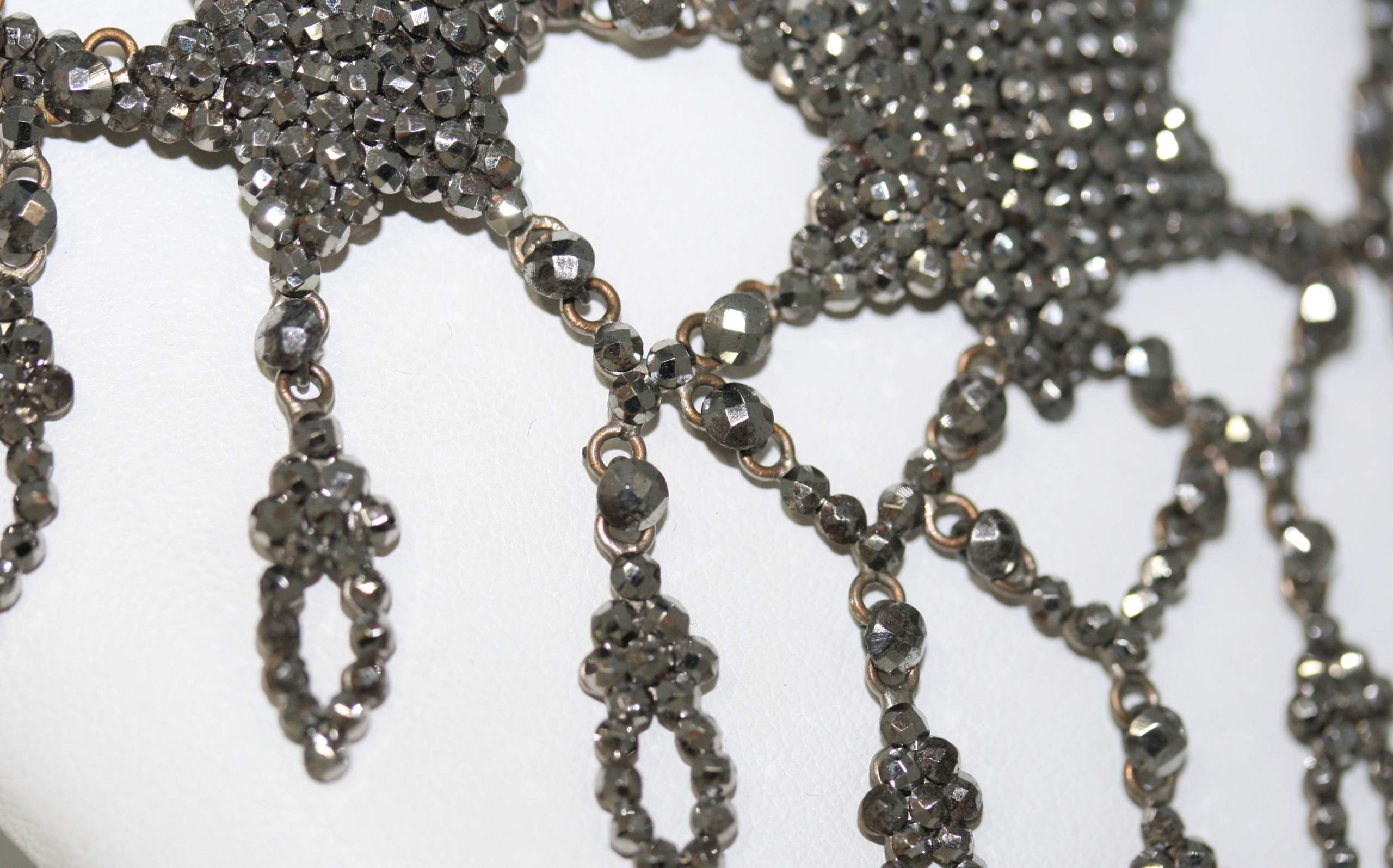 Cut steel has a similar appearance to marquisite but is much earlier in date. The earliest recorded example dates from the 16th century though cut steel jewellery was not widely in production until the 18th century. The effect is created through the use of multiple faceted steel rivets hammered into a pierced shaped metal sheet. From using relatively inexpensive materials, a similar sparkly effect to diamonds could be created.